By Maureen Williams, ND
Vitamin D3 was more potent than D2 at raising vitamin D levels
It is now widely accepted that most of us don’t get enough sun, especially in the winter, to make the amount of vitamin D we need. Many experts agree that getting extra vitamin D is a good idea, either from supplements or from vitamin D–fortified foods. For those looking to supplement to correct or prevent deficiency, a new study shows that of the two forms commonly sold, one of them will impact vitamin D status more efficiently. 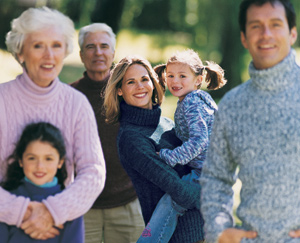 The most common form of D used in supplements and food fortification is a synthetic variety called vitamin D2, or ergocalciferol. It is also the only available prescription form of vitamin D.

Vitamin D3 (cholecalciferol) is made in the body when skin is exposed to sunlight and occurs naturally in foods like eggs and fish. In order to produce vitamin D3 for supplements, some manufacturers are extracting D3 from wool fat that has been exposed to ultraviolet light.

The new study, published in the Journal of Clinical Endocrinology and Metabolism, compared the effects of vitamin D2 and D3 supplements on vitamin D levels in healthy adults. The participants took capsules providing 50,000 IU of either vitamin D2 or D3 once per week for 12 weeks. Blood samples were drawn every two weeks to measure changes in blood vitamin D levels, and fat biopsies were taken at the beginning and end of the trial to measure changes in tissue vitamin D levels. In addition, a final blood sample was taken six weeks after the last dose.

D3 does the trick faster

“These results show clearly that D3 produces a substantially larger effect than D2, as measured both by serum vitamin D status and by fat storage of the vitamin,” said lead study author Dr. Robert Heaney at Creighton University in Omaha, NE. “We determined that D3 was between 56 and 87% more potent than D2 at raising serum 25-hydroxy vitamin D levels, and more than three times as potent at increasing the amount of vitamin D stored in fat.”

Getting the right D

You can take the following steps to help ensure that your vitamin D status is healthy:

*These statements have not been evaluated by the Food and Drug Administration.
These products are not intended to diagnose, treat, cure, or prevent any disease.

* These statements have not been evaluated by the Food and Drug Administration. These products are not intended to diagnose, treat, cure or prevent any disease.

Type and press Enter to search